Apparently we love pancakes so much, not only is this beloved breakfast food celebrated with a National Pancake Day on February 5th, but just a week later, it is celebrated a second time with International Pancake Day. According to my limited research, the latter holiday is technically supposed to be observed on Fat Tuesday which happens to be on February 12th this year.

As reported in a recent TIME article, there is controversy over the origin and the actual date in which we are to enjoy a short stack, “National Pancake Day — as celebrated by the restaurant chain formerly known as the International House of Pancakes, we might add — is totally separate from International Pancake Day.” To be perfectly honest I don't care when you celebrate with pancakes, whether it's breakfast or breakfast for dinner, National or International, as long as you make your stack healthy!

Before we get to the recipe for my healthy French Toast Cakes I want to extol the virtues of the star ingredient which is Chicharrones. Yes, pork rinds. Before you turn up your nose only to decide I've lost my credibility as a “healthy” blogger, hear me out. Pork rinds are low in carbohydrates, rich in gelatin (which I am going to get to in a moment), and while half the fat is saturated, the other half comes from oleic acid, yes that's right the same healthy fat found in olive oil. If it's the saturated fat this is concerning to you, the evidence suggests dietary carbohydrate has far more of an impact on cardiovascular disease than saturated fat.

Gelatin Is Blowing My Mind

If you don't know who Dana Carpender is, let me introduce you. She is a queen in the low-carb movement, has been living the lifestyle since 1995 and has sold over a million copies of her amazing cookbooks.

I had the pleasure of vacationing with Dana and “that nice boy she married” last May on the low-carb cruise. The following is an excerpt from Dana's article, Gelatin Is Blowing My Mind. (reprinted with permission)

You know how, over the past century or so, we've skewed our fatty acid intake by eating less animal fat and more vegetable oils, so that we're getting way too many omega-6 fatty acids and not enough omega-3s, too many unsaturates and not enough saturates? In exactly the same way, we have been skewing our balance of amino acids, the building blocks of protein. Gelatin-rich foods, from bone broths to head cheese to foods like pig's feet and ox tails, were a large part of a traditional diet. Our ancestors relished every part of the animal, and just as they ate organ meats that most modern Americans now spurn, they also ate all the gelatin-rich bony and cartilaginous bits of the animal. In this modern era of muscle meat and little but muscle meat — think boneless skinless chicken breast — much of this gelatin has vanished from the diet, but our bodies' need for it has not.

Gelatin, apparently does everything from reducing susceptibility to stress, to fighting tumors, to soothing the intestinal tract, to improving thyroid function.

What foods are high in gelatin? Gelatin lurks not only in the bony cuts like ox tails, lamb shanks, pork neck bones and chicken wings, but also in skin. Yeah, that chicken skin you were told to throw away because it's fatty. And those pork rinds everyone tells you you're crazy to eat. Turns out pork rinds are a terrific source of gelatin. You may now feel not only okay, but downright virtuous, for eating them. Poke gentle fun at self-righteous low-fat types for not getting what's good for them.

To learn more about the benefits of gelatin, I suggest a book called Gelatin in Nutrition and Medicine. If you are interested in taking supplemental gelatin, I recommend this one. 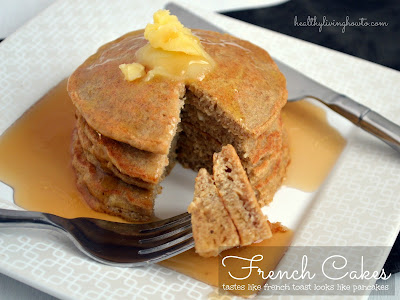 I've been making this recipe for over a decade. First finding it on a low-carb message board when I embarked on this lifestyle. In fact, I still have the original recipe card I jotted it down on. Total carbs for the entire recipe is 1.5 grams, I don't know of any other recipe that compares! Enjoy!

I have found that traditional Mexican markets have the best Chicharrones. The one's I buy list two ingredients, pork rinds and salt. You can also find them in a conventional grocery store, in the chip aisle, usually on the bottom shelf. I heard a rumor, from a pretty reliable source, there is a recipe in the much-anticipated book Beyond Bacon by the Paleo Parents, for making your own Chicharrones!

Beyond Bacon pays homage to the humble hog by teaching you how to make more than a hundred recipes featuring cuts from the entire animal. While bacon might be the most popular part of the pig for those following the paleo diet, there is a plethora of other delicious and nutrient dense cuts to enjoy.

Pastured pork is rich in Omega-3 fatty acids and conjugated linoleic acid, the “good fats” our doctors want us to eat. Beyond Bacon breaks the myths behind this often eschewed meat and shows you how to create delectable dishes that are grain-, legume-, dairy-, and refined sugar-free. Beyond Bacon allows you to improve your health and the environment by focusing on sustainable swine.